Many women are initially unsure whether fertility awareness methods (or natural methods of family planning, NFP) are suitable for them as an alternative to for example the pill. How safe is the method of contraception? Do body symptoms have to be monitored daily? What if some data is forgotten or something is entered incorrectly? The following article provides clarity as to which requirements are important for fertility awareness and for whom the method is suitable.

What is Fertility Awareness?

Fertility Awareness Methods (or Natural Family Planning, NFP) are methods that let you identify the fertile and infertile days in your menstrual cycle on the basis of certain body signs. On clearly infertile days, no further contraception is then required. The natural methods of family planning were developed in the 1960s and can fulfil two tasks: They show when the fertile days are in the cycle which helps couples who want to have children. On the other hand, the infertile days can also be derived from them, so that couples can determine when they need contraception. Natural methods of family planning promote a collaborative approach to contraception: More than with other methods, the involvement and sense of responsibility of the partner helps the woman here because in order to prevent conception, a contraceptive method, such as a condom, must be used on the fertile days.

How does Fertility Awareness Work?

There are various fertility awareness methods. In principle, they work by determining your fertile and infertile days. On average, you are only fertile on about six days of your cycle: five days before ovulation and the day of ovulation. These days mark your so-called fertile window.

However, if pregnancy is not desired, unprotected sex may only take place on the infertile days - in the period after ovulation and before the next menstruation. On the fertile days, you and your partner either have to use additional contraception, for example condoms or a diaphragm, or you abstain from sexual intercourse.

For the common natural methods it's generally said that they are suitable for women who know their body and therefore their cycle very well and that the safety of these contraceptive practices increases with a regular cycle, good body awareness, regular daily routine, healthy lifestyle and personal discipline. It’s important to note though, that technology has come a long way since the 60ies, when most of the fertility awareness methods have been developed. By tracking your hormones for example, it’s possible to accurately track your fertility even if you have an irregular menstrual cycle and a not so regular daily routine. You can find more on this specific natural method below.

It is also important to note, that fertility awareness methods themselves to not prevent the transmission of sexually transmitted diseases (STDs) such as HIV or chlamydia. For this reason, the usage of contraceptive barrier methods such as condoms is inevitable, especially when not knowing the partner well.

What Fertility Awareness Methods are there?

Over the years, various Natural Family Planning methods have developed:

This method is based on the assumption that every menstrual cycle has a duration of 28 days and that ovulation takes place 14 days before the start of the next menstruation. An egg can be fertilised for about 24 hours, sperm can survive in the woman's upper genital tract for up to five days. A woman is therefore capable of fertilisation for about five to six days every month.

However, not every woman's cycle lasts exactly 28 days, and at the same time the length of the cycle can vary from month to month. So in order to make the method a little more individual, additional days are added before and after ovulation, i.e. the "fertile phase" is mathematically extended in order to achieve greater contraceptive certainty.

This method does not offer real security because the day of ovulation cannot be determined exactly. Even in the opposite case, i.e. when you want to have children, this is often difficult. Cycle fluctuations and shifts in ovulation (e.g. due to illnesses, stress) can additionally influence safety.

One of the disadvantages of this method is its relatively high complexity and effort: The average temperature must be recorded over a longer period of time and you must make sure that the temperature is always taken using the same method, the same thermometer and at the same time of day. After at least five hours of sleep, immediately after waking up and before getting up or doing any other activity, such as eating or drinking, the basal body temperature can be measured in the mouth (rectum or vagina are also possible). After that the value has to be noted. Any circumstances that may affect the body temperature, such as illness, also have to be collected.

Another disadvantage is that this method doesn’t inform you about your fertile days in advance. You only know that you’ve ovulated after it actually happened, and since sperm can survive for up to five days in your upper genital tract, this method alone is not suitable for contraception or for supporting you while trying to conceive.

This method aims to determine ovulation. Here, you check the colour and consistency of the mucus that flows out of your vagina a few days before ovulation (cervical mucus, which comes out of the cervix) on a swab or on your fingers. A few days before ovulation, the mucus becomes noticeable. It now becomes increasingly fluid, clearer and finally stringy. After ovulation it quickly returns to a slightly milky, cloudy, somewhat viscous consistency. Requirement: there is no genital infection, for example.

This procedure is a combination of the temperature and cervical mucus method. Both measured data are entered in a corresponding table to document your cycle. In addition to this combination, the woman regularly examines the cervix, which also shows unmistakable signs of the fertile days. During the fertile days, the cervix is significantly softer, covered with more cervical mucus and allows easier palpation of the now larger cervical opening. On the non-fertile days, however, the cervix is much drier and the opening harder and smaller.

This is definitely our favorite among all fertility awareness methods. By tracking your hormones you are measuring the actual triggers for all the symptoms like changes in temperature or cervical mucus: your hormones. There are different possibilities when it comes to hormone tracking- with some being more advanced than others. One possibility would be to go with a standard Ovulation Predictor Kit, which usually include some urine test strips for your Luteinizing Hormone (LH). By exposing those test strips to morning urine, you can measure the concentration of LH in your body. If two lines appear on the test strip it means that your LH concentration is high and that ovulation is imminent, since one of the jobs of your Luteinizing Hormone is to trigger ovulation.

However, it can be hard to determine how strong the lines on the strips appear solely by looking at them. This is why some digital solutions which help to analyze the test strip result came into play. We even took it one step further: With Pearl Fertility you not only measure your Luteinizing Hormone, but also your Follicle Stimulating Hormone levels daily and collect your hormonal data throughout the whole cycle. Therefore, this method lets you keep track of your fertile days and ovulation in real time while also providing you with a more thorough analysis of your menstrual cycle than common ovulation prediction kits or fertility tracking devices. You can find out more about this technology here.

What are physical signs of ovulation?

Many women report reocurring symptoms around the time of their ovulation. Some of the most common ones include:

Abdominal Cramping: Pain in the lower abdomen may occur because of the rupture of the follicle when the egg is released during the time of ovulation.

Increased libido: Several studies have found that women experience an increase in sexual desire around the time of ovulation, when they are most fertile. The culprits for this phenomenon, again, are the spiking levels of some of your hormones during this time.

Breast tenderness: Some women experience tenderness in their breasts just before or after ovulation which is also related to the change in hormone levels in your body, as it gets ready for ovulation or for a potential pregnancy.

You can find out more about physical indicators of ovulation here. 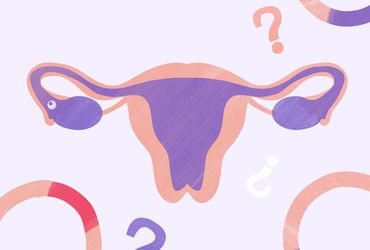 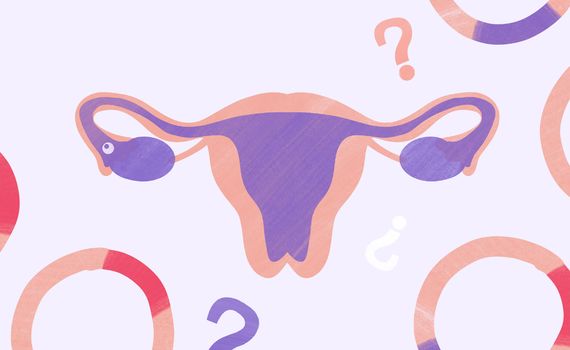 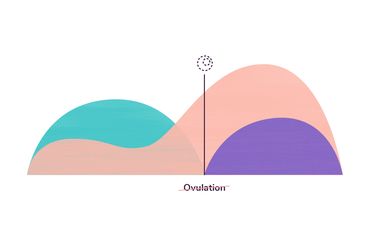 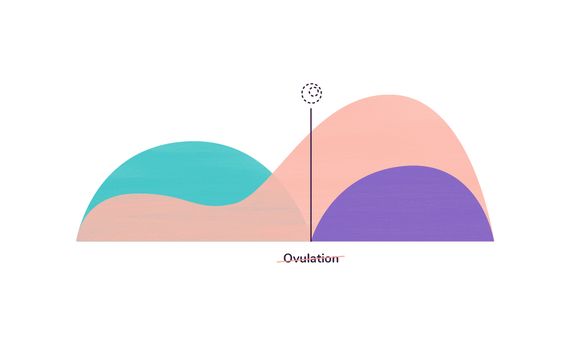 What is an anovulatory cycle and why does it occur?

What You Need to Get Pregnant in 2021